I just discovered Kandan which seems to be a great opensource alternative to Campfire (a web-based team chat application). The interface is pretty similar and the developers probably borrowed a few of the interface ideas behind campfire. 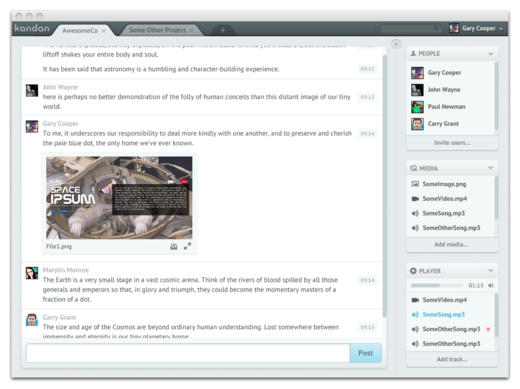 Some time ago there was also Grove.io which advertises itself as "hosted IRC". The web interface they provide also provides some of Campfires more pupular features such as image embedding. Unfortunately they went into a paid-only model which makes it less attractive to many people.

Hopefully Kandan evolves into something bigger and team chat in companies is no longer limited to just Campfire or worse Skype.